Friends of the Williamson’s Tunnels, Liverpool

Friends of the Williamson’s Tunnels

I have visited the house site and the Paddington site of the Williamson’s Tunnel in Liverpool on separate occasions. The first time was just myself and my wife along with a friend, armed with a night vision camcorder, digital camera and a voice recorder. Like all the other investigations that are posted on this website, none of the mediumship findings will be posted as to no give anything away to those that plan to visit the locations in the future.

On our first visit, we mainly held EVP sessions in different part of the location from the wine cellar to the banqueting hall to see if we could capture any intelligent voice phenomena, unfortunately it wasn’t going to be the case. The house location was still under excavation and in parts there were acrow props and timber holding up the roof, so safety hats needed to be worn at all time. There was a strange atmosphere within the banqueting hall and you also got the classic feeling that you was being watched at times. I did pick up on some of the history and of some of those from spirit that did once live, stay, visit or work at the location that was confirmed by the volunteers that stayed with us during the time of our visit.It was cold and damp, and this made it hard to determine what was spirit/orbs or moisture when looking back at the photos or video footage take during our time there.

Within the upper section the was just down a corridor from the wine Cellar and where the roof above was being supported with wooden beams, was a small room that has a fireplace and old but beautifully carved steps leading upwards.

We had been to this part on several occasions and a place that I was mostly drawn to be in but for unknown reasons. It was the last half hour of hour stay and i decided to return alone to this area with only my digital camera in my hand, with every step I took I had sensed that I was indeed not alone yet nothing on photo. That was until second to last shot I took.

Below is the series of the photos I took as I walk toward the area with the fireplace and steps, Please take a look and see if you can see anything within the mist. 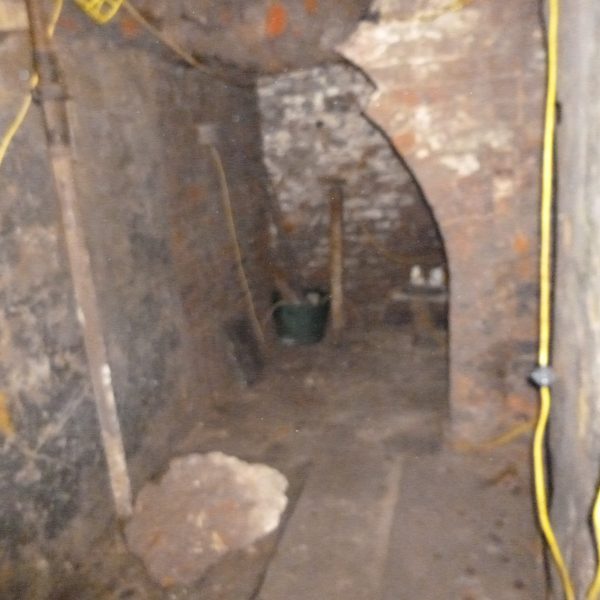 Walking towards the end room 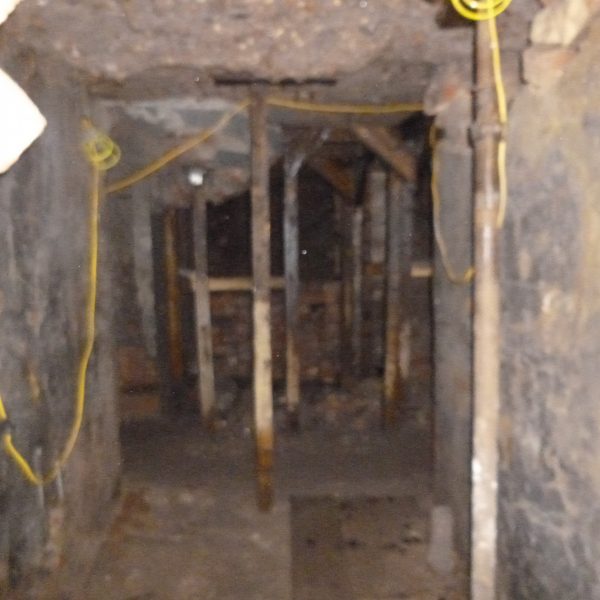 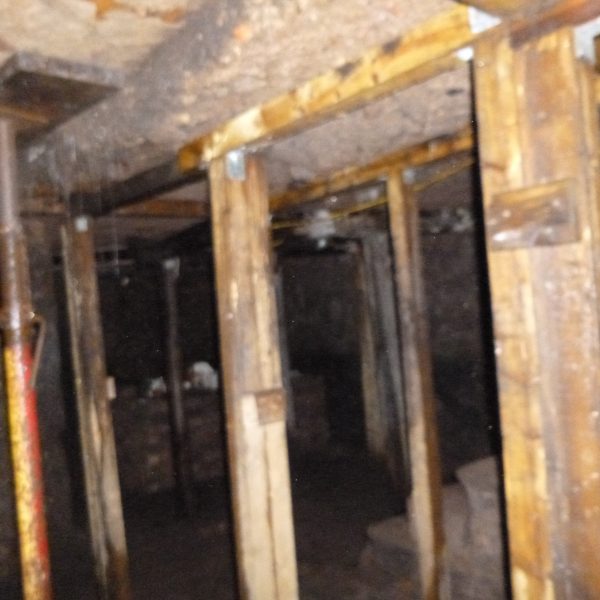 Stone stairs to the right 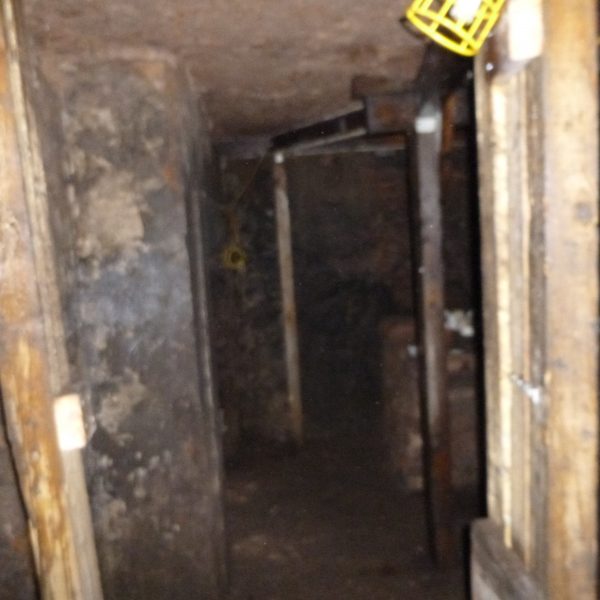 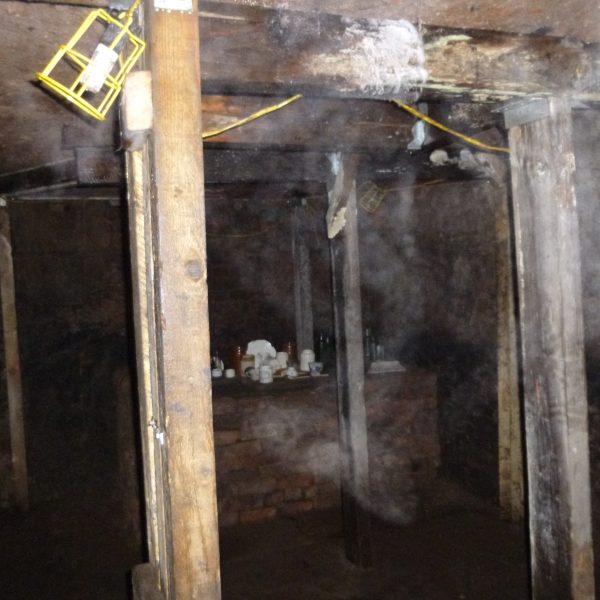 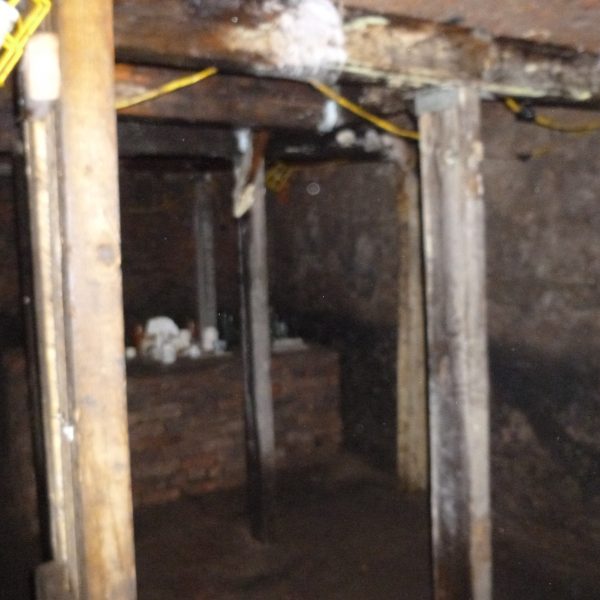 The last in the sequence with no mist

On the 17th April 2018 we investigated the other site which is called the Paddington site, a bigger location with several levels going down . Under the steel protective doorway you find yourself climbing down a thin set of steel stairs leading you down into a surprisingly humid subterranean rock and brick caverns. There are three levels that were accessible, but the lower level was out of bounds due to the unsafe wooden staircase. The first level had a single chamber that sloped upwards and came to a dead end, there was also an area that was under excurvation but was only accessible by a ladder and was the the height and width of a door and only went back about six feet

The next level had a flagstone floor with a main chamber and two chambers off to the left as you walked in. The first of the chamber was damp and had a barrier around a hole in the floor where they pulled up the buckets filled with the spoils they had dug out, letting you able to see the lower levels.  The second chamber was clearer and at the far end had another opening that was only accessible by climbing over a small wall, yet it wasn’t safe due to another hole in the floor dropping to the very lower level. Along the walls were stone built display areas, using the stone that was found through the excavation and all the artifacts are also of what been found whilst digging out the tunnels. The lower levels are carved out of the rock to form large chambers with the brick dome ceilings, these were damp and also had a lot of surface water.

We started the evening by sitting in the dark and attempted to get spirit to communicate through the table or the voice recorder, not communication was received at this time. However, I did get approached by a two men in spirit and gave me information that was confirmed from the volunteers. One of the team saw the same man sitting next to me as the same time I was giving the information about him.

There was a lot of different feelings and emotions that ran through the night and even shook one of the hardened volunteers who at some pointed wanted to leave. There was a connection to a younger person from spirit that was able to give us some information about the time they spent in the tunnels and the some of the sad stories of their way of life. I could also see straw all across the floor, later there was a smell of straw and a guest said it smelt like a dirty old rabbit hutch and the word rabbit came through on the Ovilus 3 machine, we even had one of the hard hats that was on the stone wall move, we tried to debunk it but couldn’t figure out how it had moved by itself. We tried to get to spirit to communicate through the SB7 spirit box, but nothing happened. 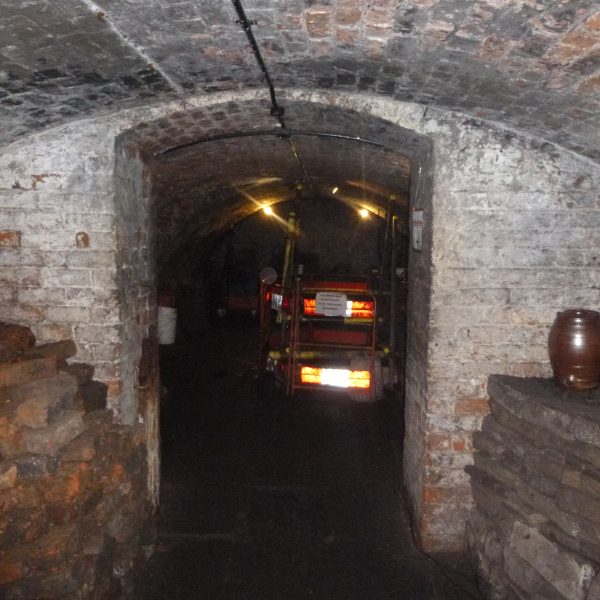 Orb in the 1st chamber 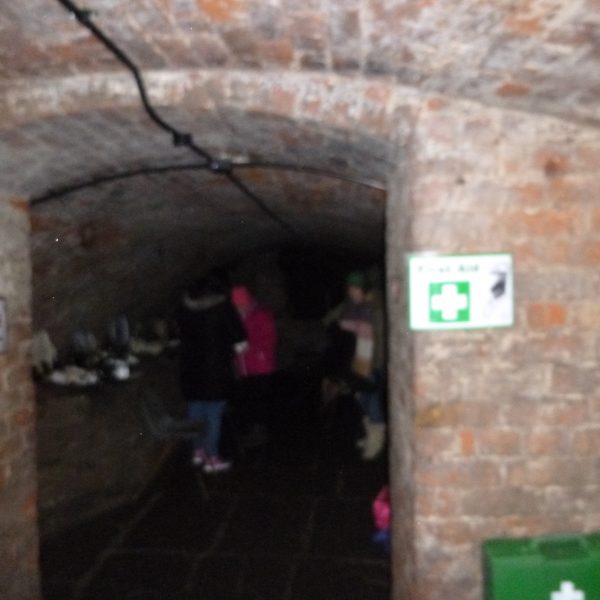 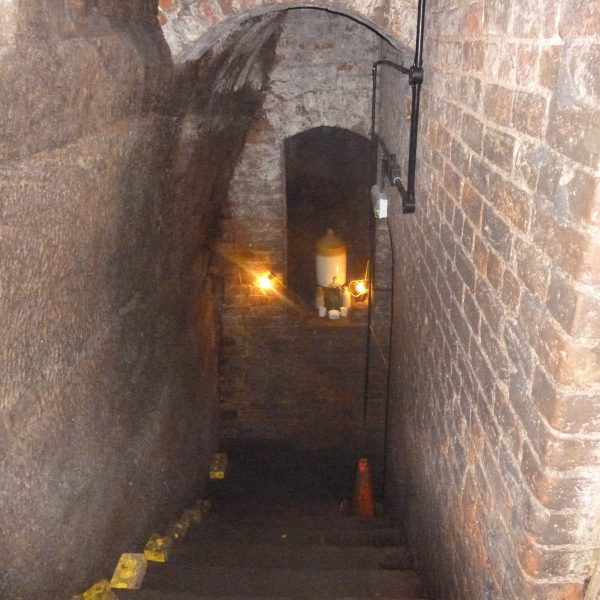 Stairs down to the lower levels 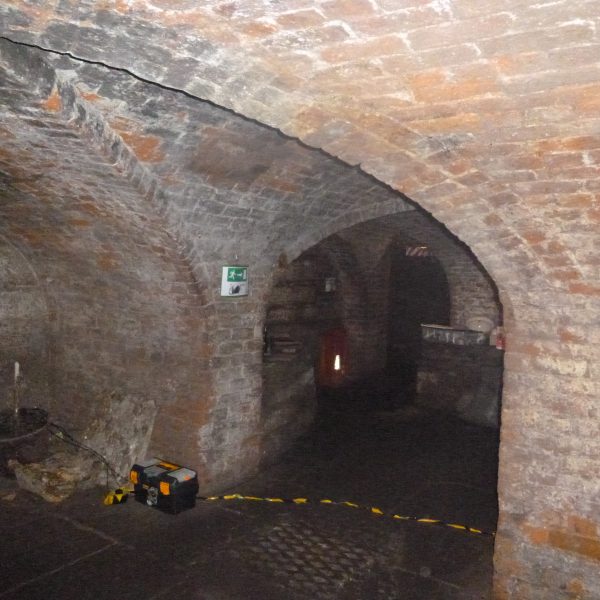 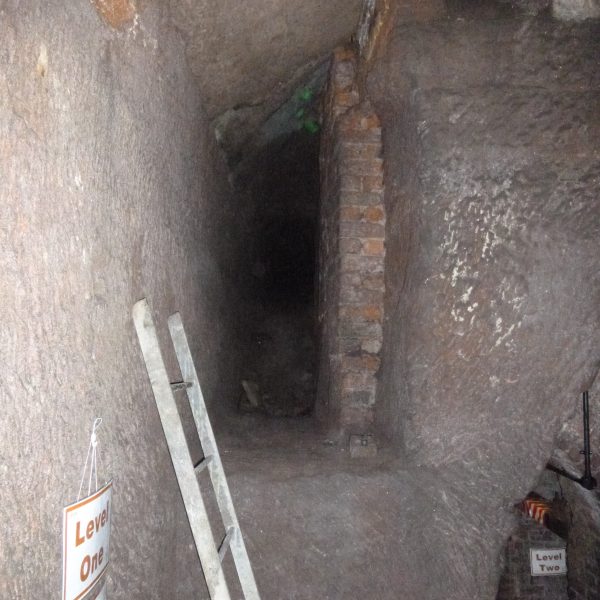 This is the area that is being excavated 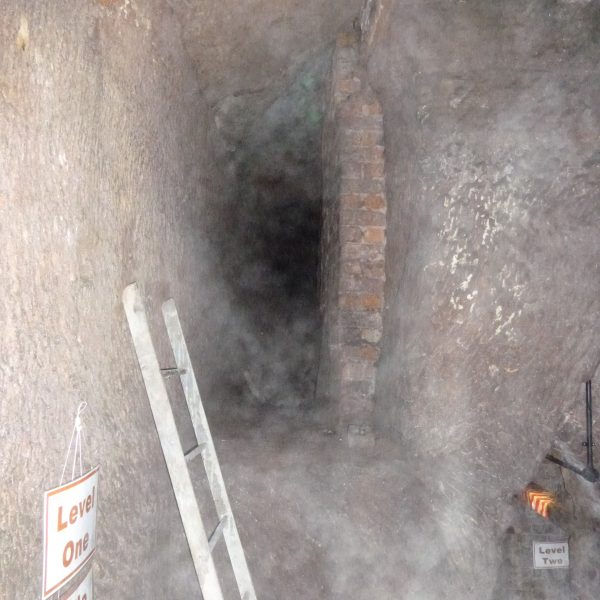 We tried various energy circles and Human pendulums in most of the levels, but again no communication was made. In the last half hour we split the group up to see if either could make contact. I went back to the lower level 4 where one of the guest felt a that there was a group of children but no communication was made. it was an interesting night even if we didn’t get much communication and it’s definitely a place worth doing again as no one evening is the same.

On reviewing the audio there are a few EVPS, however, they are very quiet even with cleaning the audio up, you can’t make out what’s being said due to all the noise pollution.

This clip was taken during the a table tipping session, there is a strange unexplained sound within the recording after the lady speaks.

In the next audio clip there are what I believe to be two EVP’s. The first is at the beginning of the clip at 10 seconds with a man’s voice and the second is near the end at 30 second. However it is not clear at what is being said at the time. I have not edited any of these clips as I prefer you to hear them as they were recorded.

Below is a small clip of a strange orb that appears in one of the chambers. It moves differently from all the others that are visible and is bigger. 01.23 minutes in,  the orb starts from the bottom left of the screen the screen, just by the ladder laying on the floor. Then it moves diagonally up and then stops and turns back the way it came, its at the point that it changes its shape.

This next clip is of the same footage but I have zoomed in to the area of interest towards the end of the footage.